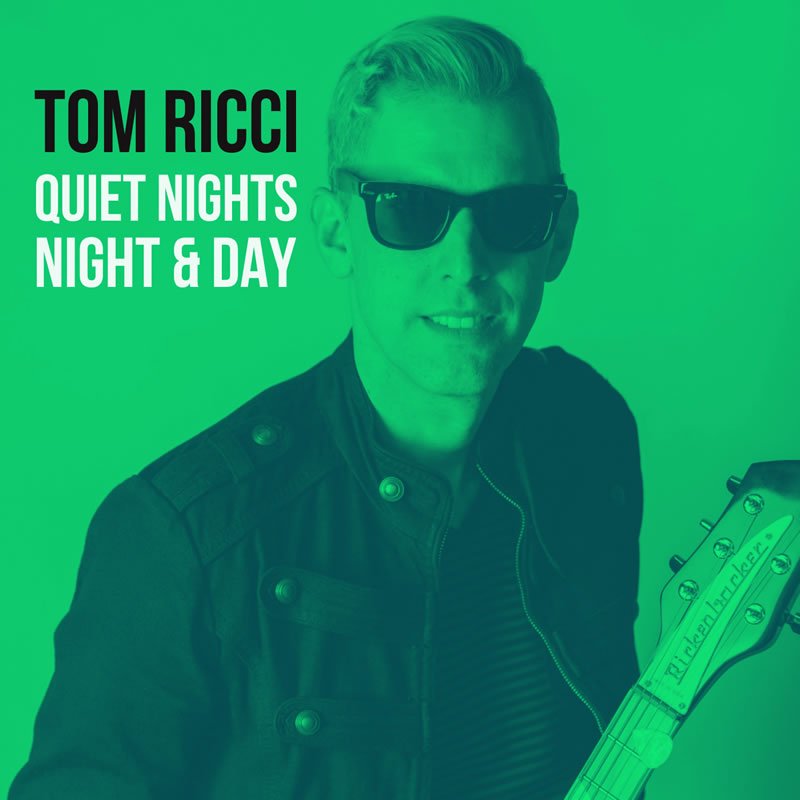 Inspired by the bossa nova movement that emerged in Brazil during the late 50s, Tom teamed up with engineer and co-producer Karam Salem to record this two-song single release featuring intimate vocals and minimalistic instrumentation (guitar, bass & drums) to preserve the purity of the genre. Quiet Nights (Corcovado) is a classic written by Antônio Carlos Jobim. Night & Day, written by Cole Porter, features Brazilian Bruno Migotto on bass, a staple in the São Paulo jazz scene.

Both tracks, while performed in a studio setting, preserve the qualities of a live performance that builds the intimate appeal of such music in breaching the barriers between musician and listener, performer and audience. Having spent his school days and formative years in Argentina, Tom was raised in an international school environment where he absorbed the musical traditions of various countries, among them the neighboring Brazil, with its towering stature and respect within the Latin American musical landscape. Throughout his childhood and adolescent years, Tom would visit Brazil on multiple ocassions on family trips and later arrive in the country to perform and play live in 2019 and 2020 alongside his Brazilian counterpart, Bruno.

Having played in multiple bands since his earlier years, the adaptations that Tom brings to fore in this distinct series reflects his appreciation of the genre and a clear obsession to render tribute by making it his own. Between interpretation and innovation, these tracks attempt to bring a never-before heard sensibility to the songs while maintaining a firm loyalty that is personal, keeping in mind Tom’s conscious effort to match and satisfy the mastery of the original compositions through professional and measured music-making.

Listen to the single